Ampere is called as the Father of electromagnetism. He was born in 1775 in Lyon, France. His father was a prosperous businessman and a local government official.

He never attended school. Although he did not attend school, he educated himself by reading the vast collection of books in his father’s library at home. Later, he also read at a local public library. In fact, it is said that he knew advanced mathematics by the age of 12. 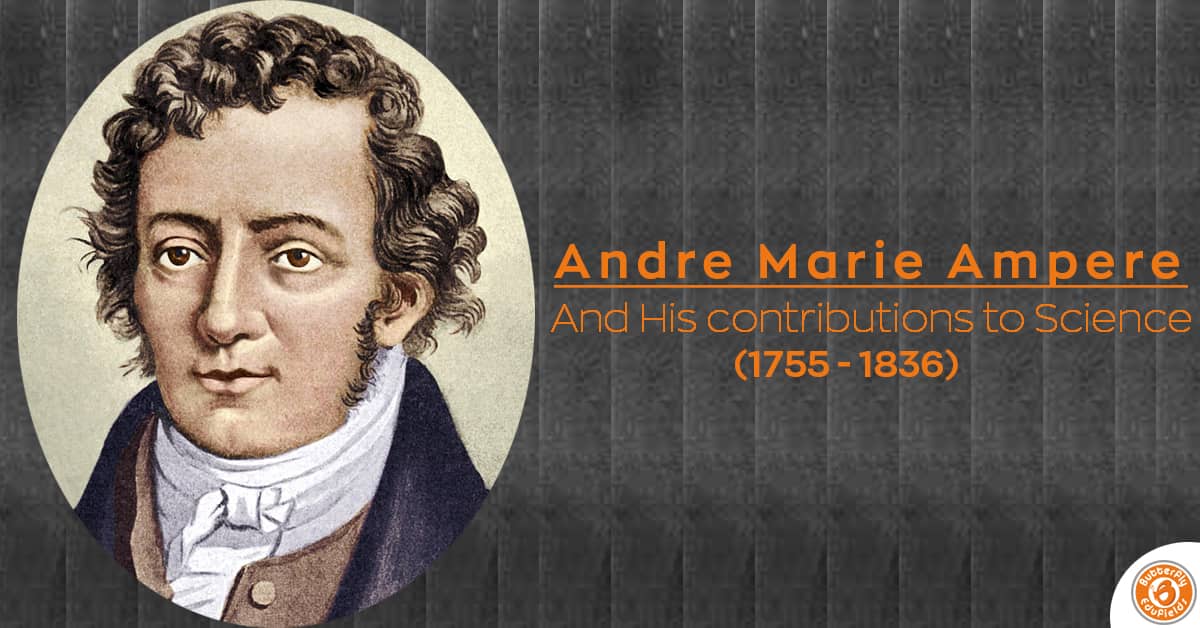 He fell in love with Julie Carron and married her in 1799 soon after he got his first regular job as a mathematics teacher. Then he became a professor of physics and chemistry at Bourg Ecole Centrale in 1802.His wife died in 1803, so he moved to Paris, where he became a tutor. In 1809 he was appointed as the professor of mathematics at the Ecole Polytechnique, which job he held till 1828. In 1826 he was appointed to a chair at Univeriste de France which he held until his death in 1836.

Ampere had a son with Julie. Ampere got married again in 1806 to Jenny and they had a daughter. But, this marriage did not last long and they were legally separated in 1808, with Ampere getting the custody of his daughter Albine.

In September 1820, Francois Arago showed the members of the French Academy of Sciences, of which Ampere was a member, the surprising discovery of Danish physicist Hans Christian Oersted that a magnetic needle is deflected by an adjacent electric current. This prompted Ampere to begin investigating the relationship between electricity and magnetism. He went on to show that two parallel wires carrying electric currents magnetically attract each other if the currents are in the same direction and repel if the currents are in opposite directions – this laid the foundations of electrodynamics (now called as electromagnetism).

Ampere also applied mathematics in generalizing physical laws from his experimental results. One such principle came to be called Ampere’s law, which states that the magnetic force between two current-carrying wires is proportional to their lengths and to the intensities of their currents. Ampère built an instrument utilizing a free moving magnetized needle (a compass) to measure the flow of electricity. The later refinement of this instrument is known as galvanometer.