States and Capitals of India Interesting Facts To Know October 4, 2022

Einstein's name is synonymous with genius. He was a German-born theoretical physicist. He is widely regarded as the most influential physicist of the 20th century. He received the 1921 Nobel Prize in Physics, particularly for his discovery of the law of photoelectric effect. Einstein is forever etched in popular imagination for his world-famous equation E = mc2. Einstein published over 300 scientific papers and over 150 non-scientific works 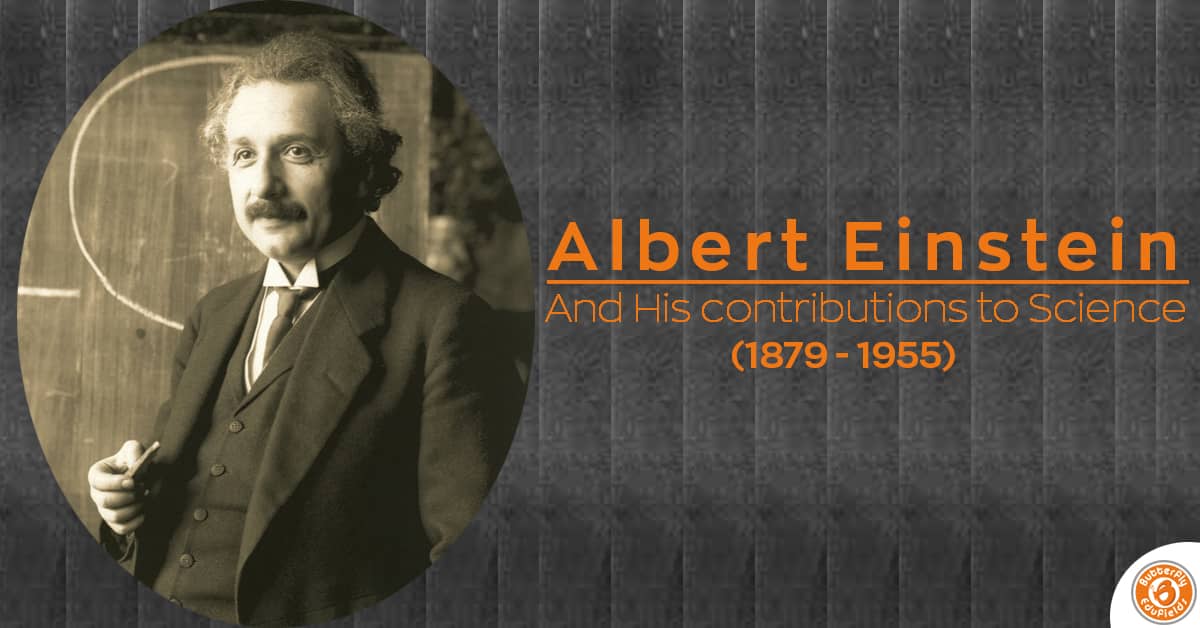 Einstein was born in 1879 in Ulm, Germany. His father was a salesman and engineer. Later his father founded a company along with his uncle, manufacturing electrical equipment. When the company had to be closed down, his father moved to Italy. Einstein stayed back in Germany finishing his school. Einstein’s free-spiritedness was evident even at this early age because he clashed with authorities and resented the school’s regimen and teaching method.

After schooling, Einstein joined his family in Italy. At age 16, in 1895, he sat the entrance examination for a polytechnic college in Zurich. He scored exceptional grades in physics and mathematics but fared poorly in other subjects. So, he was required to complete his secondary schooling before joining the polytechnic. It was at the polytechnic that he met and befriended his future wife Mileva Maric. They got married in 1903 and had three children – a daughter and two sons. After divorcing Maric in 1919, he married his cousin Elsa Lowenthal.

After graduating from the polytechnic, Einstein spent two fruitless years searching for a teaching post. He became a Swiss citizen in 1901, and joined the patent office in Bern as an assistant examiner. In 1905, he obtained his PhD from the University of Zurich. 1905 also happened to be a miracle year for Einstein because in that year he published four of his very significant and groundbreaking scientific papers.

Those four papers were on (1) photoelectric effect – he showed that energy is exchanged only in discrete amounts (quanta), (2) Brownian motion – evidence for atomic theory, (3) special relativity – reconciled Maxwell’s equations for electricity and magnetism with the laws of mechanics by Newton, and (4) equivalence of mass and energy (E = mc2) – suggesting that tiny particles of matter could be converted into huge amounts of energy, foreshadowing the development of atomic power. This brought him to the attention of the academic world, and he thereafter held several positions as a professor of theoretical physics.

In 1915 Einstein published his general relativity theory. According to it, the observed gravitational attraction between masses results from the warping of space and time by those masses. In 1916, he predicted gravitational waves, which has been recently confirmed by experiments in 2016.

To avoid persecution by Hitler because he was a Jew, he settled down in the US, taking up its citizenship. Here he took up a position at the Institute for Advanced Study (in Princeton, New Jersey), an affiliation that lasted until his death in 1955.